It’s our final night in Les Deux Alpes. What an incredible week it has been. The weather (with the exception of one day) has been the hottest we have ever skied in. The students have been absolutely fantastic. The logistics of selecting your ski clothing for the day (depends on the weather), remembering your sun cream, helmet, goggles, gloves, getting the right ski boots, skis and poles is no easy task, especially in a boot room of over 80 sets of each. All groups are now high into the mountains and skiing continually for about 10km without taking a lift. Tomorrow we hope to take all groups to the glacier and Ski back to the town, a fantastic achievement when you consider five days ago they put skis on the for the first time, and skiing 10 metres on a tiny slope was daunting for them! What makes it more remarkable is the fact that due to the hot weather in the day, there is a log of ice on the slopes, which is really hard to ski on. Tonight we went ice gliding (bumper cars on ice)! where we took great pleasure in bashing each other all over the ice rink.

Great news for parents is that we have survived “crash day”, traditionally the Thursday is when accidents happen, as the children are getting tired and the instructors move them onto challenging slopes at faster speeds. I’m pleased to report that the most we have endured this week (so far) is a couple of bruises and used a few ice packs and plasters. We now have the sad task of packing (or throwing everything into the case) ready for our return. We will get all students to let you know when we set off and update you on our progress, We’re hoping we don’t get the same issue with the high volume of coaches arriving at passport control at the same time, as this may cause a significant delay to our return. Thank you all for giving your children this fantastic opportunity they have certainly made the most of it. This is our final update as we reset off home tomorrow. 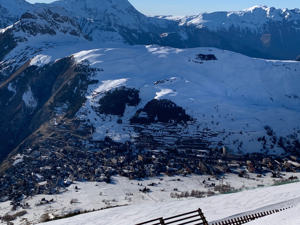 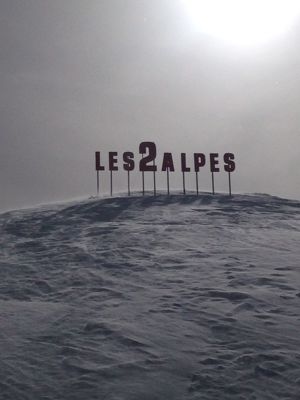 We woke up to lovely blue sky’s and Gorgeous sunshine but before we had finished breakfast a light snow fall began, which quickly turned into a “white out”. Temperatures dropped drastically and the winds increased. All groups were restricted to the lower slopes for the morning session. In the afternoon the sky’s started to clear and visibility returned. Temperatures varied between -1 degree to -10 higher up.

The weather didn’t phase the students and they threw themselves into every challenge the instructors put before them. With the weather so challenging the students had to ski slower and with increased caution, but it did bring with it numerous crashes and tumbles. 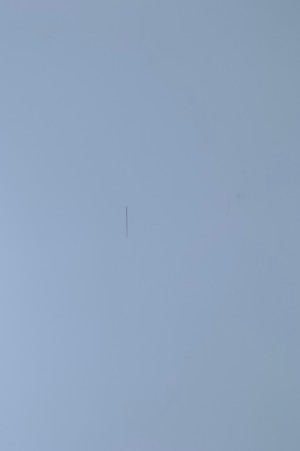 View from the piste today!!

The day started fantastically as the sun was back, incredibly Bright and warm and it was hotter the higher we went up the mountain! All groups are now off the nursery slopes and onto green, blue and red runs. The students were pushed hard to develop their snowplough or parallel turns. Speeds are increasing and a huge competitive element has arisen as students slip into race mode at every opportunity. 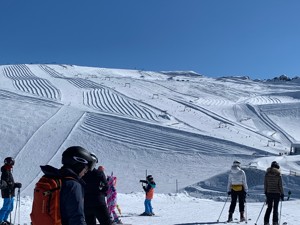 The hot weather has brought with it a reduction in snow and increase in ice, which makes skiing hard for even competent skiers, if you cannot get on your edges then your going to slide and slide they did.

Straight after skiing we dashed off to the rink for some Ice skating. I’m not sure the staff and students have laughed so much at the slips, spins, crashes and bashes. Thankfully all students made it through with zero injuries (phew). As soon as we finished it was off to the ski show, where instructors (under spot or torchlight) skied down the mountain (off piste) in absolute darkness, performing, stunts etc to the  music from the resident DJ. The night concluded with a short firework display.

Today’s awards are as follows. The crash hat went to Bethany 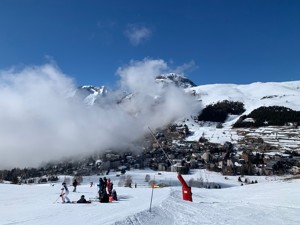 E for knocking over her instructor and Mr Rose in a single Incident. The Danger bib went to Fraser R for forgetting to get off the ski lift! The wally Award also went to Fraser R for leaving the boot rooms and sliding straight back in. I forgot Mention yesterday that Rio W wore the birthday hat for obvious reasons. On a final note, Les Deux Alpes Discovered a new mountain today, hidden in the depths of a girls room and discussed as a sweet peak! 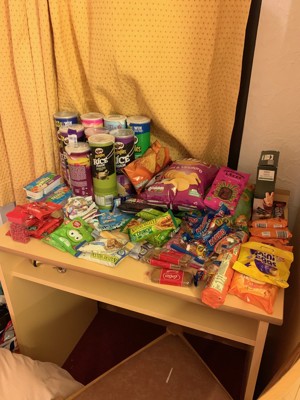 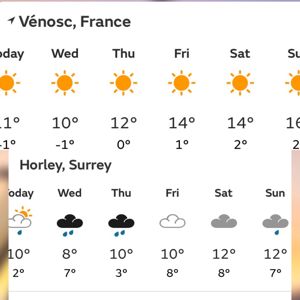 Day 2 on the slopes saw a real change in weather, it was cloudy, overcast and much cooler (but still 6 degrees). The beginner groups had a slow start and regressed slightly before getting their game faces on and improving at another fantastic rate which saw them skiing backwards down the slope at the end of the afternoon session! The intermediate group 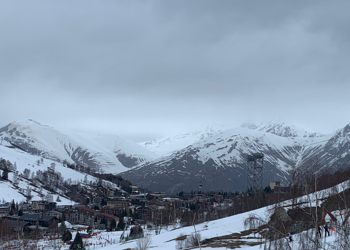 went higher up the mountain and tackled the longer slopes, which brought with it wind and light rain. The advanced group ventured slightly higher to mid way and was hit with strong winds and heavy rain. The intermediate and top groups have been working on their techniques and are chomping at the bit to get onto the harder, faster runs.

This evening we all went Bowling and the students split themselves into mixed groups, which quickly became a battle of the genders! The Hotel we are staying in is providing the students with fantastic food and plenty of it and as expected the students are working their way through every variety of Pringle and Haribo! 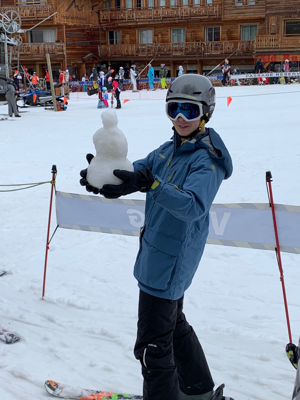 Today’s awards were clear cut and had just one nomination for each. The crash hat went to Harry B for playing skittles with a french ski school. The Danger bib went to Beth E for spinning down a slope into a french ski school, (you might have picked up on a theme tonight) and the Wally award went to James S who, putting his skis on performed a backwards manoeuvre (not into a french ski school) and avoided a Hotel! Without doubt the most novel award of the day had to go to Ethan D who had the instructors and ski lift staff in stitches for skiing and displaying his ability to carry a snowman for an entire day!

After setting off on Friday evening we was met with a 2 hour delay at Dover due to 200 ski coaches arriving for the holidays. Another delay the other side meant the drivers had a tough job ahead. Finally we arrived just 2.5 hours late. The journey was incredibly quiet as the students slept or watched Netflix for most of the time whilst baking in the 17 degree heat! The first evening everyone was really tired and went to bed without being 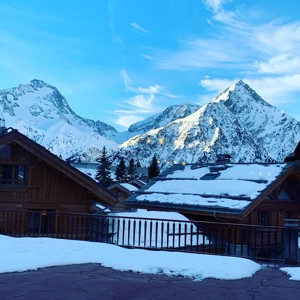 For the first time we have had nominations for the awards before we even set foot on the slopes. The Danger bib went to Fraser R for sleeping through his alarm and and the Novelty hat went to Jamie S as it was his birthday.

Day 1 on the slopes was incredible!!! It was 11 degrees and the sun cream was on. The students were split into 4 groups and away they went. Top and intermediate group did some simple runs to assess their abilities and the beginners started from scratch. Never in 20 ski trips have we seen the beginners  progress so quick. From never putting skis on, they listened to all instructions and advice and put it into action, at the end of day 1 they are on the drag lifts and doing snow plough turns through a slalom, which doesn’t normally happen until half was through day 3. WOW!

The good news for parents is that, the students skied so well there was hardly a nomination for the awards. The crash hat went to Mr Rose for being hit by a tiger! The Danger bib went to Jamie S for causing chaos on a 6 man chair lift and the wally award went to Will J for his chilly Magic trick.

Get DirectionsSee our location on a map

*
Cookie Notice: We use cookies on this site to improve your user experience.
Accept Find out more